These eleven stars rocked the League Two scene all summer 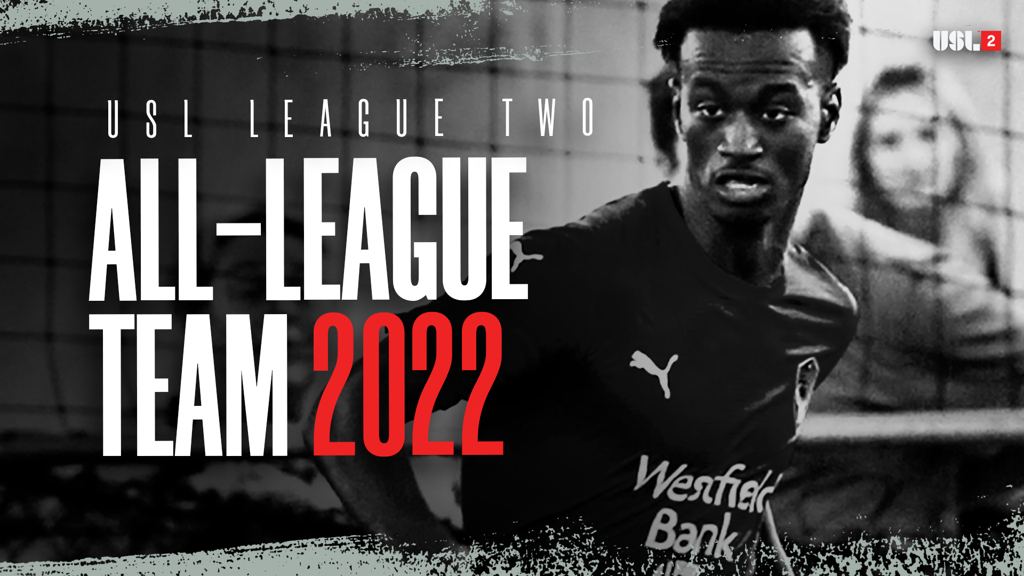 More than 4,500 players were registered for the 2022 USL League Two season. These eleven players rose above the pack, above all their peers to be recognized as the best in the country.

This list was based on a vote put to all the League Two coaches.

GK - Wessel Speel (LIR) - A powerful figure in the Long Island defense, Speel's towering presence struck fear in the hearts of all attackers that wished to penetrate the Long Island goal. The Rough Riders were one of the most dominant teams in the country, especially early in the season, and that started with Speel at the back.

D - Bjarne Thiesen (LIR) - The Long Island captain and a fan favorite, as the big German defender made his presence felt and then some as a member of the Rough Riders. Coming back to lead them for another summer turned out to be a worthwhile endeavor, as he made big plays, scored big goals, and led the Rough Riders to a big season.

D - Moses Mensah (KNOX) - Another player that's gotten preseason love from all over the country ahead of the NCAA Division I season, Moses Mensah was the leading figure in a stout Knoxville defense that prided itself on physical dominance.

D - Samory Powder (HVH) - Powder was voted by fans and coaches as the League Two Defender and Player of the Year. With six goals and six assists from the right back position, Powder ran riot in one of the best Metropolitan Divisions that League Two has seen.

D - Moise Bombito (SEA) - One of the leading candidates for Defender of the Year, Bombito couldn't stop making huge plays for Seacoast United Phantoms. He led the back line of what was likely the best defensive squad in the league, and was praised by his own coaches as well as his rivals for his efforts.

M - Joao Gomeiro (NCF) - Gomeiro, along with teammates Alex Horveno and Ben Weimann, was the driving force behind a dominant NC Fusion U-23 side, especially in the midfield. Winning balls, turning up field and putting them back in the net were all in Gomeiro's toolkit as he had a dominant League Two season. He scored 10 goals and added three assists, including two in the playoffs.

M - Peter Stroud (MOT/TOB) - Stroud is one of the most lauded young college soccer players in the country. After a season that saw him split time between FC Motown and Tobacco Road FC, Stroud is appearing on every preseason watch list for the upcoming college season.

M - Ryley Kraft (DMN) - Des Moines' set-piece taker and corner delivery man throughout the season, Ryley Kraft was one of the most dangerous players in the league over a dead ball all year. Five goals and five assists underscores his contribution as both scorer and passer, a key player for the nearly-undefeated Menace.

F - Nathaniel Opoku (VEN) - The Playoff Final MVP, and a young player with a bright future in the soccer world. His close control and shooting touch clicked together for Opoku this season, as he scored banger after banger in Ventura's magical run. He also tied for the club lead in goals in the regular season as he continued to grow. Opoku's fingerprints are all over the trophy that now resides in Ventura, California.

F - Kemy Amiche (AVL) - Another darling of the preseason NCAA lists, Amiche was dominant for Asheville City SC all season. You can't talk about Amiche's season without mentioning his FIVE goal performance against South Carolina United Bantams, which thrust him into the thick of the Golden Boot race, where he fell just short at the end of the season. Amiche scored 12 goals in 12 games, adding four assists on top of it to make for a wonderful season.