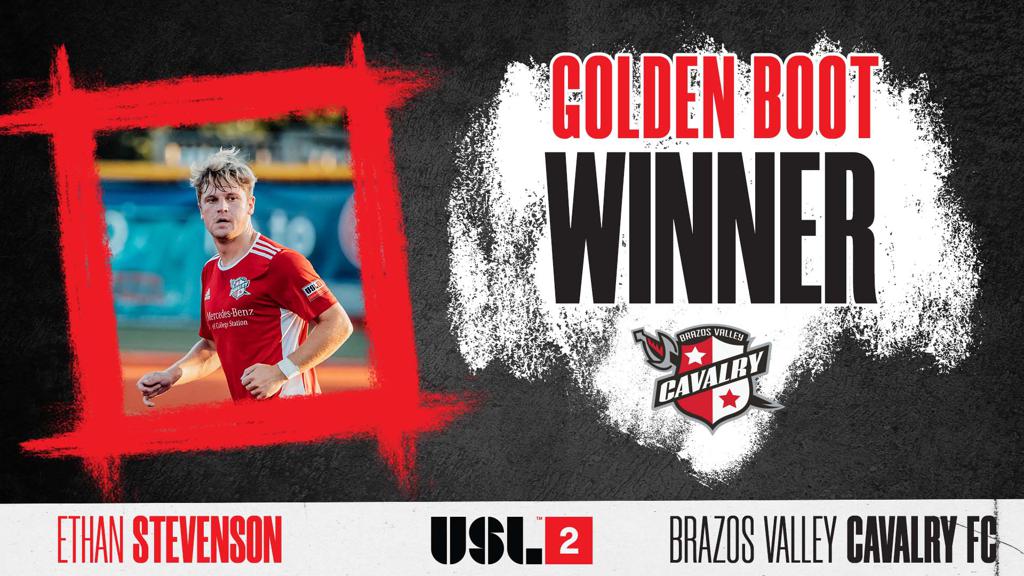 Stevenson was a constant threat in front of goal, never going a match without scoring. His 19 goals in 13 matches outpaced his closest challenger by four goals. His attacking production led Brazos Valley to an 11-2-1 record and the Lone Star division title.

Stevenson also had an extremely aggressive goalscoring rate, averaging only 57 minutes between goals over the course of the season. It's one of the highest goalscoring rates in the 27-year history of League Two.

The Winthrop University man was coming off a strong freshman season at the college, scoring five goals in his first year, and now will head back to school as one of the most dangerous young strikers in the country.

Stevenson and the Brazos Valley Calvary fell in the playoffs to Asheville City SC in the postseason after a successful regular season campaign.